2019 was the year the world saw more public awareness on climate change.

Locally, 90% of Singaporeans surveyed are aware of climate change and 79% are prepared to do more to combat it. It is clear that the public’s sentiments on climate crisis are also echoed worldwide, with an eight-country poll conducted by showing global citizens prioritizing climate change as an emergency over migration and terrorism.

A big part of the problem with climate change is that warming temperatures threaten food security. According to the Intergovernmental Panel on Climate Change (IPCC), food security will be increasingly affected by future climate change through yield declines -especially in the tropics – increased prices, reduced nutrient quality, and supply chain disruptions. 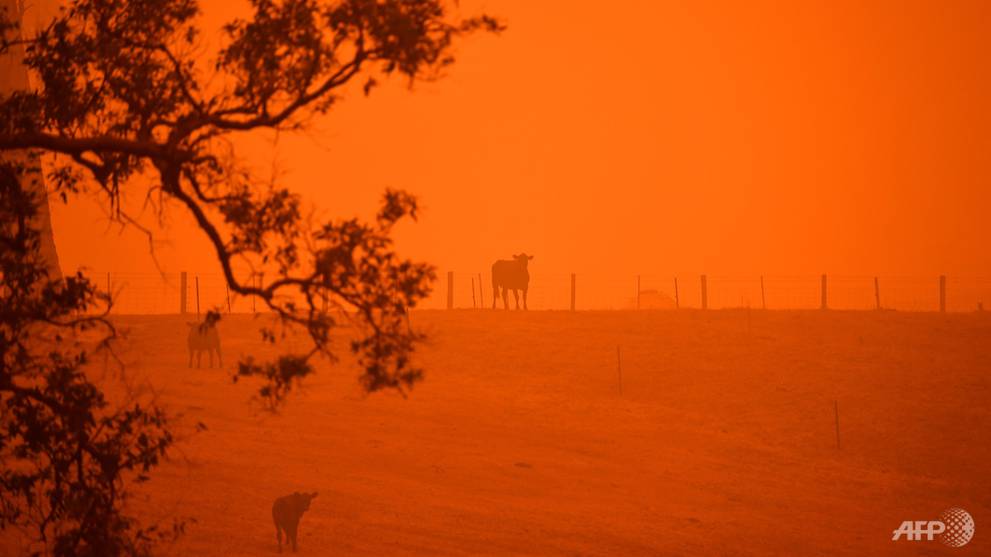 Experts believe that while bushfires in Australia are an expected natural occurrence, the intensity of the latest fires were aggravated by hotter and drier conditions associated with rising temperatures, exacerbating the crisis.

In lieu of changing weather conditions associated with climate change, we can expect that global food supply chains to be greatly affected.

Thus, there is a need to improve food security and consequently the sustainability of our food systems.

Asia is often heralded as the fulcrum of our global food system, being both as a producer and a consumer of critical commodities including but not limited to rice, wheat, oil crops, cereals, livestock, root vegetables, and aquaculture.

Despite this, food security is a mounting concern as farmers in Asia actually produce less food per hectare than other regions –  with the exception of Korea, no country in Asia exceeds the Organisation for Economic Co-Operation and Development (OECD) average for staple crops such as rice, soy, and corn.

Increased frequencies and intensity of climate-related disasters in Asia have been reported by the FAO to cost a staggering loss of US$48 billion. In Southeast Asia, the agriculture sector is exceptionally vulnerable to the impact of climate change due to its location in the tropics.

Natural disasters worsen food security through reduced food production, which can then cascade down to the entire food value chain, affecting livelihoods and causing economic and agricultural loss. Disasters can impact the agriculture sector through a loss of assets and rural infrastructure, and through increased disease outbreaks.

This is compounded by the fact that Asia will grow exponentially in the next ten years, adding further demand pressures on the food supply chain in the region. By 2030, Asia will have an additional 250 million population, representing a whopping 65% of the global middle class population. In ten years time, Asia will also have doubled its spending on food, amounting to over US$8 trillion a year.

One of the ways to tackle the challenges of the Asian agricultural sector would be through investing in innovative technologies that help transform the food supply chain.

The recent Asia Food Challenge report jointly produced by Temasek, PwC and Rabobank estimates that a cumulative investment of US$800 billion above existing levels over the next 10 years will be needed to grow Asia’s food and agriculture industry to a sustainable size, in order for Asia to feed itself. The majority of these investments – around US$550 billion – will enable key requirements around sustainability, safety, health, and convenience.

“Efficient Marketplaces, Digital Adoption and Greater Traceability” is cited in the report as one of the five key areas of new technologies that can solve Asia’s food challenge.

Food supply chains in Asia are complex and opaque, with disconnected visibility of data. With digitalization and a marketplace platform, various agrifood industry players including smallholder farmers are able to connect the dots and have access to more information that can better match supply and demand to reduce food waste and improve efficiencies of the supply chain.

For buyers and relevant food authorities, visibility of the supply chain allows for the identification of issues in a way that was never possible before, allowing for targeted intervention in areas such as food waste (Read our article on how digitalizing your products and supply chain helps reduce food waste here). At the same time, suppliers can also get access to trade financing due to this new data.

Agri-food technologies are on the rise, and more collaboration from all stakeholders ranging from corporate investors, government agencies and private businesses can be seen.

The Malaysian government has also announced in 2019 the Agriculture and Agro-Based Industry Ministry 2019-2020 Roadmap in a move to look at revitalizing the agricultural industry and strengthen food security. Five key action plans have been raised, including increasing agricultural trade export and spurring agriculture modernization.

In Singapore, the government has set out a 30 by 30 mandate, where 30% of Singapore’s food supply has to be homegrown to bolster its food security – a new statutory board, Singapore Food Agency, has also been created to focus on food safety and food security.

Given the pressing need to revolutionize Asia’s current food systems and regional governments’ push for better food security, food sustainability innovation in Asia is definitely an exciting space to watch this year.

If you are interested to learn more about how DiMuto helps create traceability for fresh produce, please reach us here or drop us an email at sales@dimuto.io.

The Benefit of Truth – Moving Citrus with No Visibility